Home » What is Bitcoin? Is Bitcoin legal in India?

We all knew that Bitcoin is trending in India.Learn all about What is Bitcoin? Definition of Bitcoin and How Bitcoin Works and usage of Bitcoin in India.

Bitcoin is the common currency for all countries that cannot see through eye.

Marketplaces helps people through the term called “bitcoin exchanges” to buy and sell bitcoins through different currencies in the world.

Bitcoin is the common currency for all countries that cannot see the eye. Money only exchanged on the internet. With this you can shop online.

Currently, the term Bitcoin is not understood by most of the people. People have started searching Google for information about Bitcoin.

In the stock market, information is spreading that this is just like buying shares of establishments, and that this is a hoax.

What is Bitcoin Currency?

Bitcoin is the only currency in the world, not the dollar, the pound, the rupee.

Bitcoin is a digital currency. You can create an account on the website to keep this bitcoin (www.blockchain.info).

No country can determine the value of this currency.

This is not to say that the value of this currency will fall if a country’s trade falls.

If you want to buy and sell bitcoin, you must have an account on the website for that country’s bitcoin exchange system.

Bitcoin in India – Is Bitcoin Legal in India?

As we discussed above, now Bitcoin is one of the popular payment modes. Bitcoin has neither been approved (authorized) nor been regulated by the authority of India.

Moreover, there are no rules, guidelines, regulations have been structured for resolving disputes when people deal with Bitcoin transactions.

So Bitcoin transaction would be at your own risk.

However, we can’t come to a conclusion that bitcoin is illegal. So far, bitcoin is not banned in India. 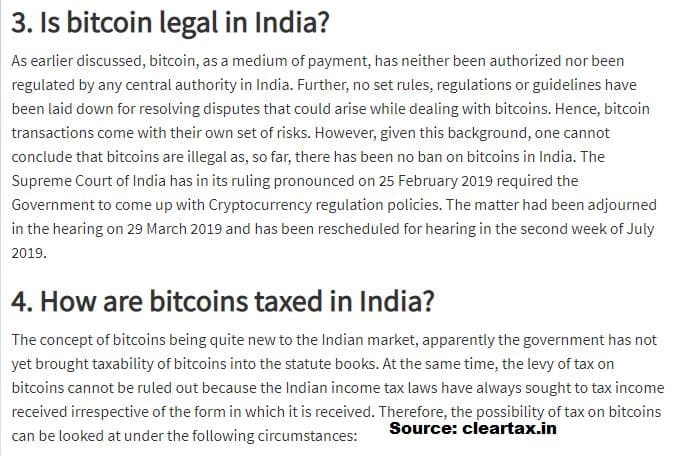 There are websites in our country and There is no charge for these websites.

Bitcoin can only be purchased and sold on these websites. Money will come into our account right away.

There are ATMs abroad for this. You can buy and sell bitcoin at this ATM, even if you want it.

The ATMs are expected to be installed in India soon. Bitcoin is currently accepted by Flipkart, Amazon and PayTM in the male line business.

They will ask for our ID card when opening the account. It has a debit card facility. So you can use it for online shopping.

It is reported that many people in India have opened Bitcoin wallets as there are many doubts in the trade.

According to RBI, around 2,500 people open Bitcoin accounts in India every day and a total of 5 lakh people have downloaded the Bitcoin App.

After Covid – 19, there are many people making regular income from the best online jobs in India. Most of the people receiving their online earnings as Bitcoins and will exchange it later.